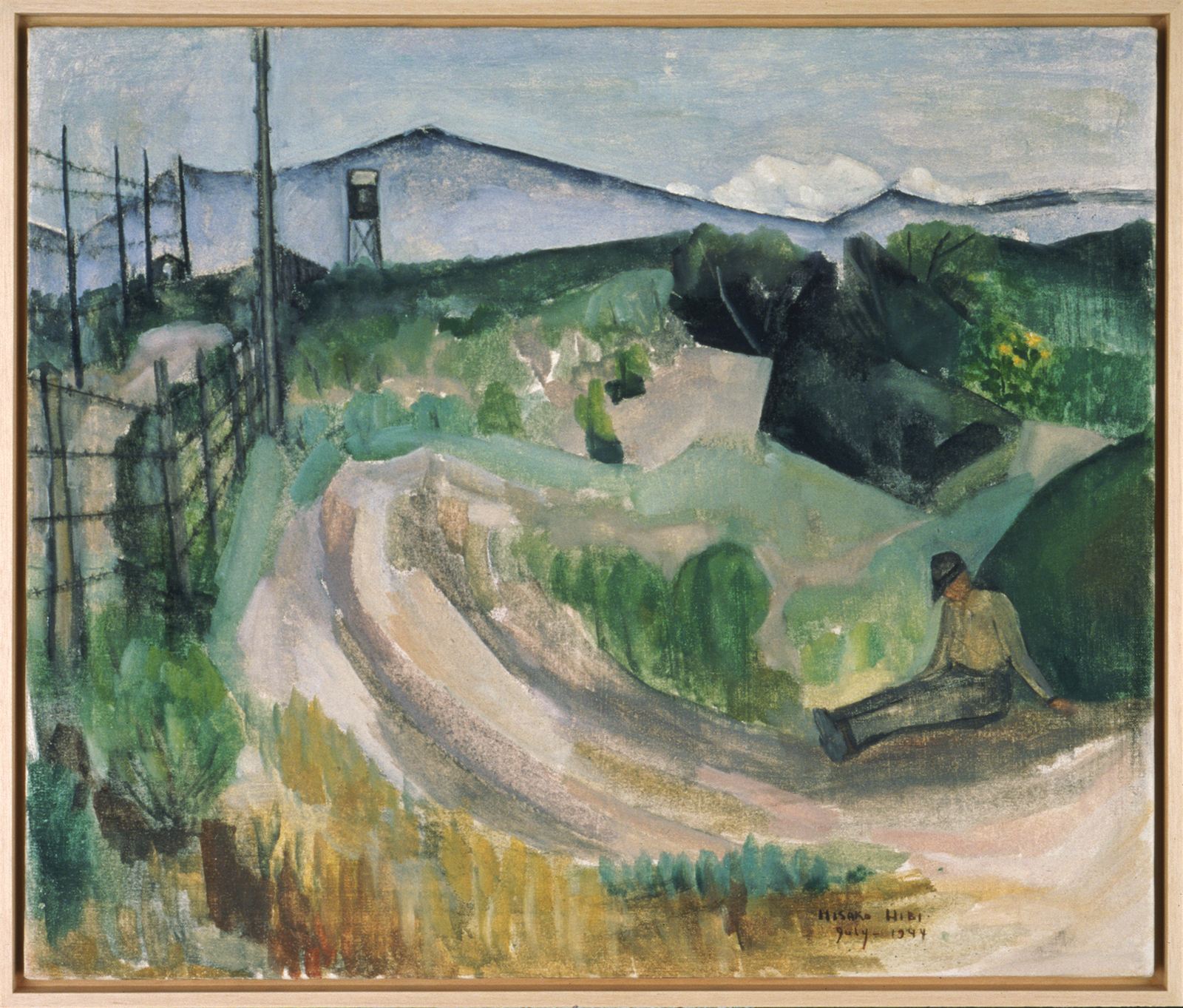 The government said the fences and towers were there to protect the inmates. However, the memories of those who recall soldiers’ guns pointed at the inmates, and events like the killing of James Wakasa, indicate these protective measures were in fact meant to secure the Japanese Americans out of fear they were a dangerous threat to those outside the camps.

Hisako Hibi, the artist who painted this image, recounts a day at the Tanforan Assembly Center when she ventured near the barbed wire fence with her sketchbook. She writes:

“I was busily moving the color pencil sand crayons on the paper when an internal security officer came and took away the sketch without saying a word. I was terrified and too afraid at the time to ask him what was wrong with sketching that scene.”