Rohwer was located at 140 feet of elevation in Desha County in southeastern Arkansas, 110 miles southeast of Little Rock and 11 miles north of McGehee. Its 10,161 acres of wooded swampland were in an impoverished area 27 miles north of the Jerome concentration camp; the Mississippi River was 5 miles to the east. Summers were hot and humid, with chiggers and mosquitoes adding to the inmates’ discomfort. Rohwer had severe drainage problems and about half of the site was under swampy water during spring.

The swampy land used for Rohwer was purchased by the Farm Security Administration during the 1930s from farm owners who were unable to pay their taxes. The area was abandoned until 1942 when the War Relocation Authority took it over. Rohwer was the second to the last camp to close, on November 30, 1945. 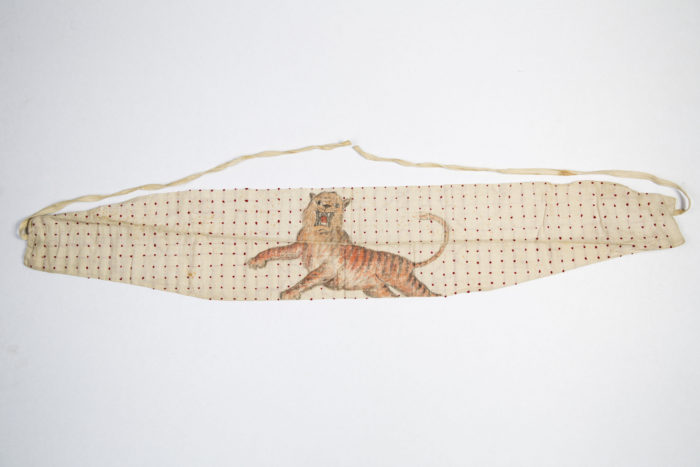 This object is called a senninbari. 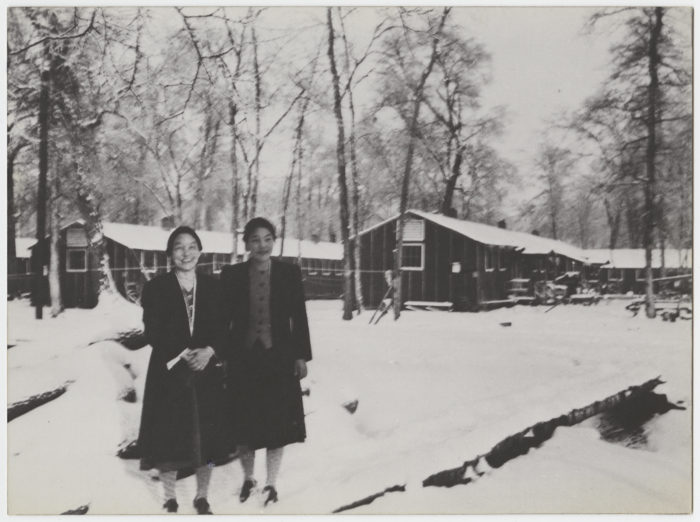 Born in California in 1919 to a family of immigrant tenant farmers, Sus Ito was drafted into the US Army in February 1941. After the bombing of Pearl Harbor, he was switched to civilian duty while his family was sent to live at Rohwer concentration camp in Arkansas. In the spring of 1943, he was selected to join the 442nd Regimental Combat Team (RCT), 522nd Field Artillery Battalion. Ito went on to serve in all of the 442nd’s campaigns in Italy, France, and Germany, eventually rising to the rank of lieutenant. His tour of duty included high-profile historical events such as the rescue of the Lost Battalion and the liberation of a subcamp of Dachau.

During his time in Europe, Ito kept three things with him: a small Bible, a senninbari (Japanese 1000-stitch cloth belt traditionally given to soldiers who are going to war) made by his mother at Rohwer, and a 35mm Agfa camera. He took thousands of photographs documenting his life in the military and went to great lengths to preserve the negatives, even having some of them developed at villages he was stationed at along the way. Ito’s vast archive of images taken while on duty during World War II gives a rare and breathtaking look at daily life within the 522nd Field Artillery Battalion of the celebrated all-Japanese American 442nd RCT.

Wow. It looks familiar. The stitches are French knots put on only by women, and there are 1000 of them. The tiger is a symbol of an animal that finds its way home when displaced. It’s supposed to be worn around your belly. But I never wore it, never, never did. In fact, I didn’t show it to any of my colleagues. I just kept it wrapped it up and in my pocket throughout the War and all my combat experiences as well. And, gosh, it feels— It gives me chills to hold it!

In this video clip, Dr. Ito says he didn’t wear his senninbari or show it to his fellow soldiers. 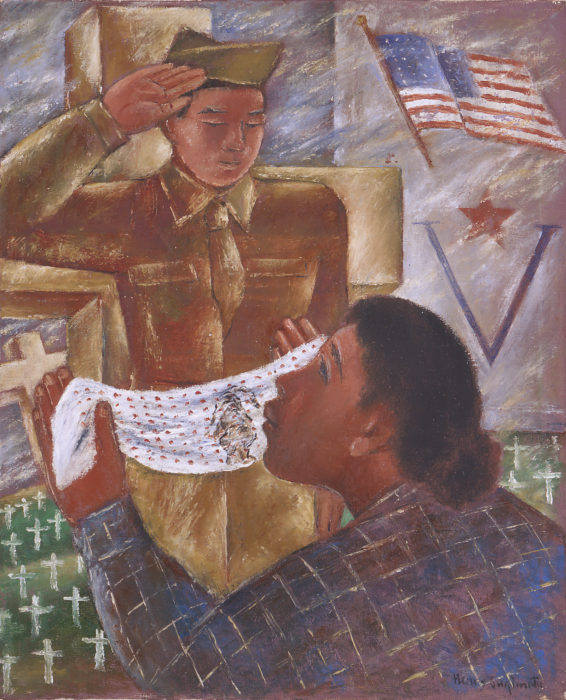 This painting shows a senninbari as depicted by artist Henry Sugimoto. 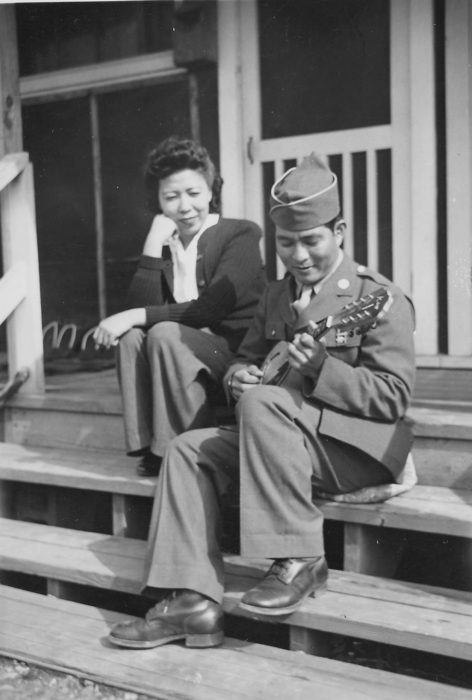 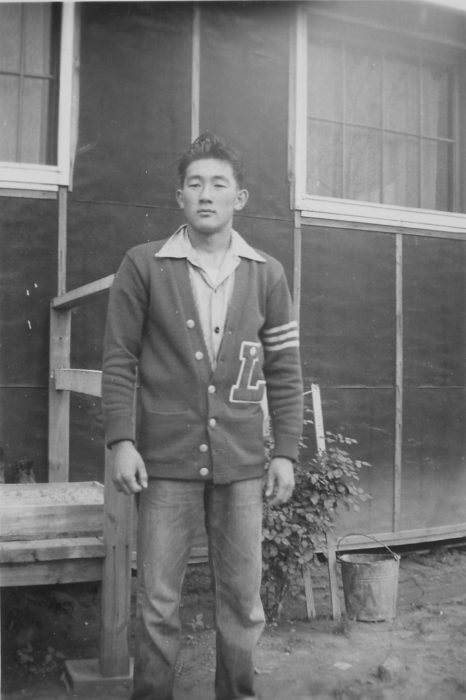 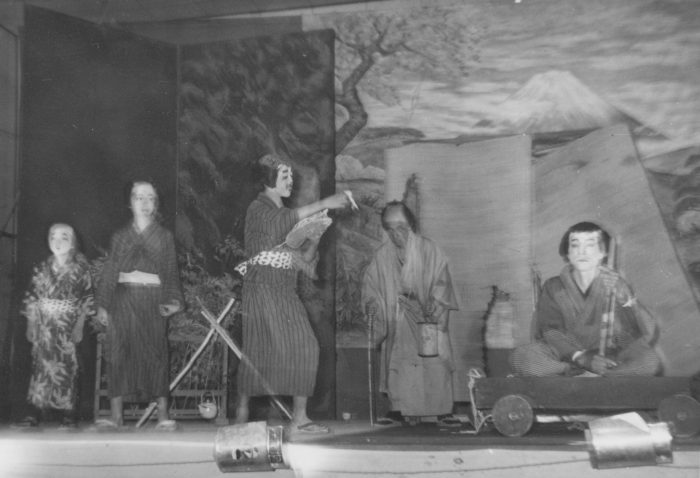 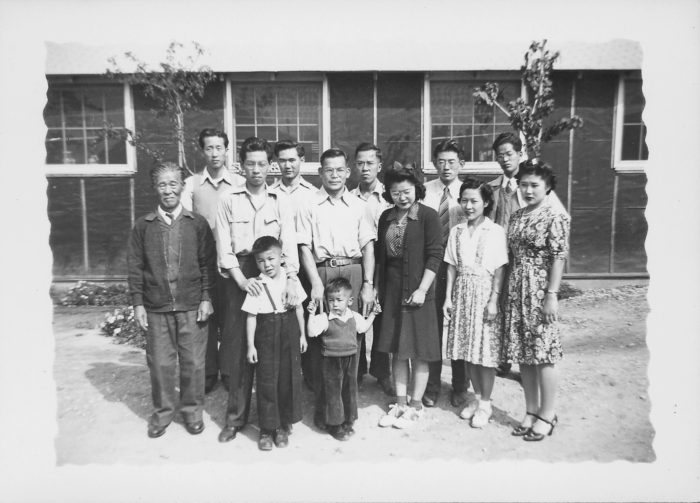