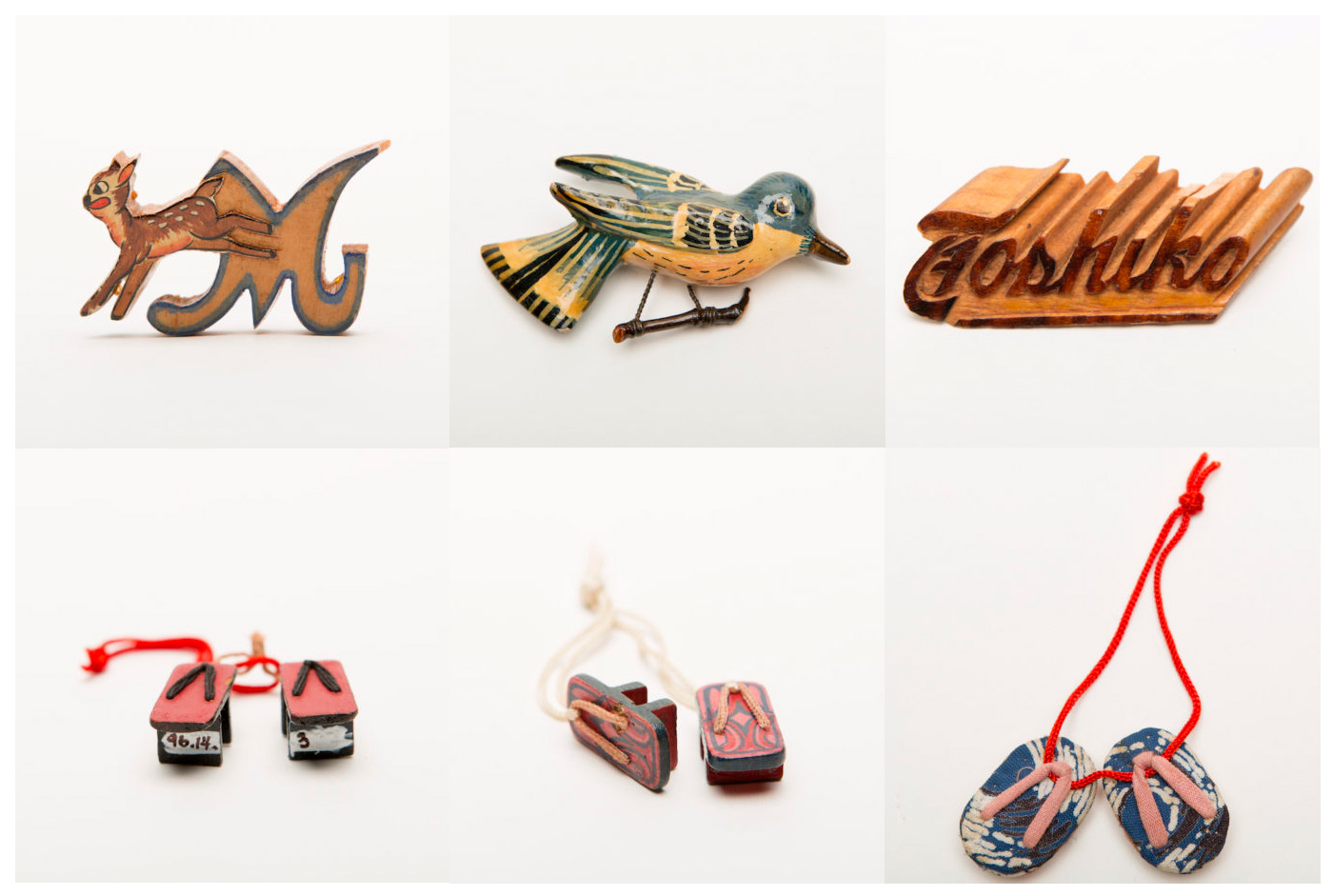 The wooden pins pictured were made by Masako’s grandmother Tsuya Mukai while incarcerated at Heart Mountain, Wyoming. Tsuya sent them to Tule Lake, California, where her daughter Toshiko and granddaughters Yaeko and Masako were living.

The tiny decorative geta (Japanese footwear) were made by Masako while incarcerated at Tule Lake. Notice how detailed they are.

Many crafts emerged from America’s concentration camps as Japanese American inmates found ways to expend their creative energy. The fact of their barbed-wire confinement did little to suppress the Japanese Americans’ desire to bring some normalcy to their mundane camp lives.