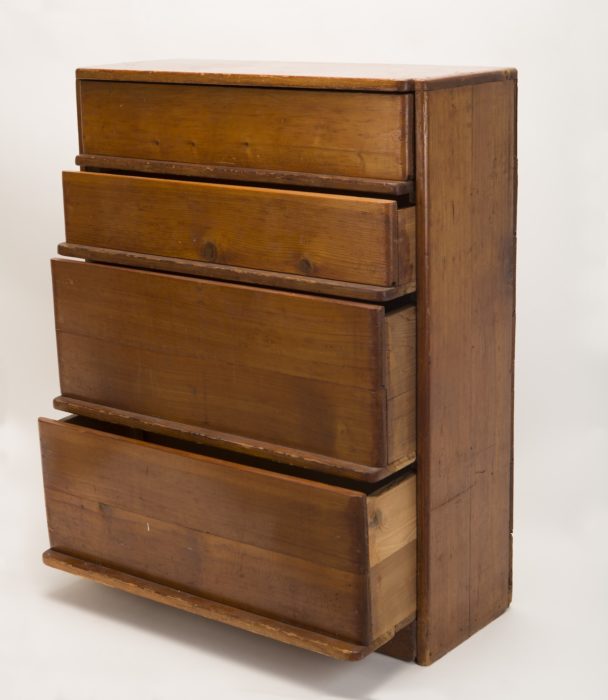 Read this quotation by Frank S. Emi, the maker of the chest of drawers. 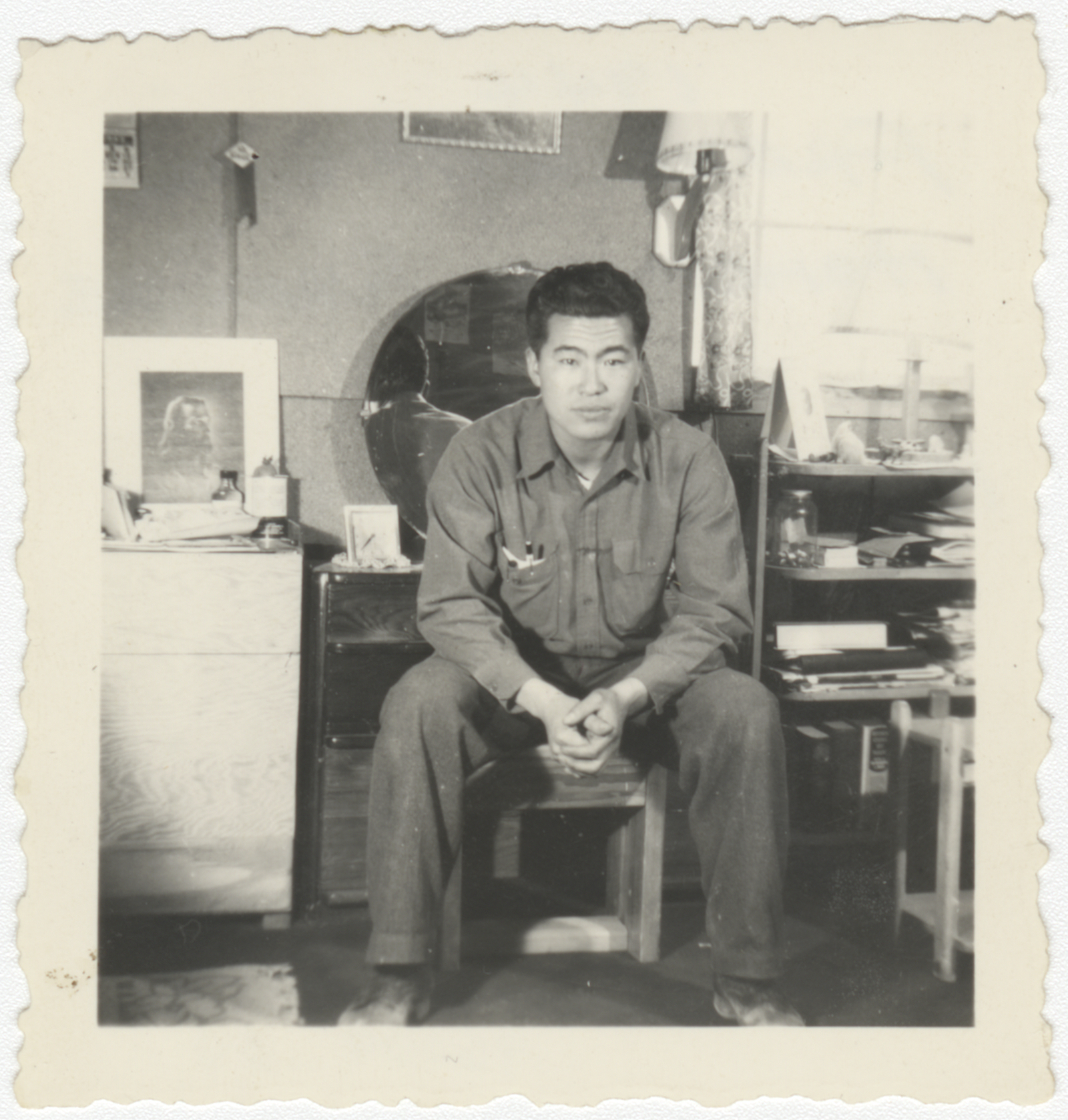 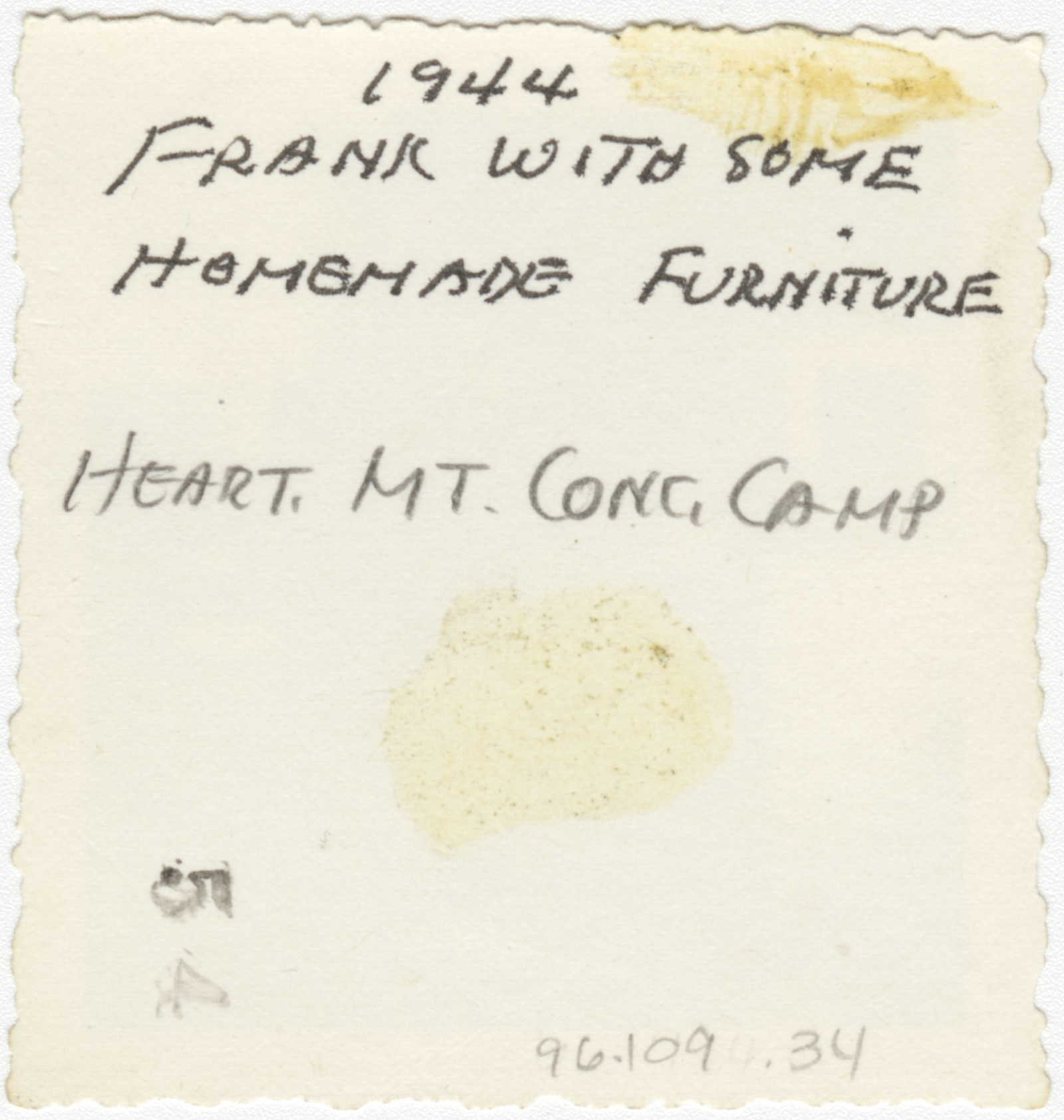 This is a photograph of Mr. Emi with the vanity he described as his “pride and joy.” The back of the photograph indicates the furniture pictured was made at Heart Mountain concentration camp. 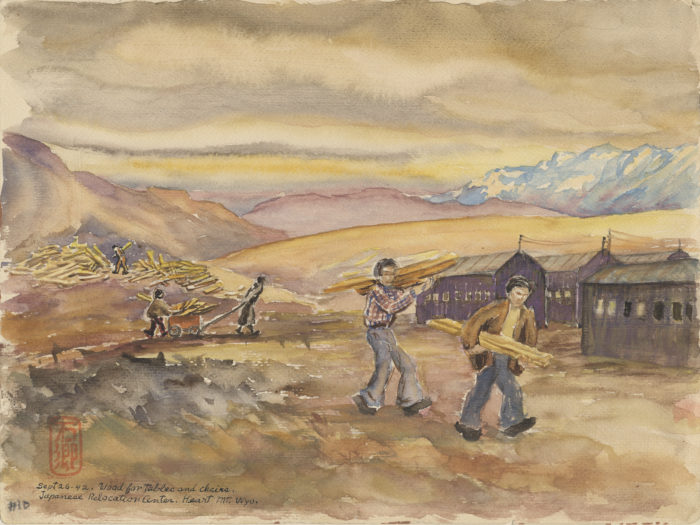 This is a watercolor painting by a Caucasian woman named Estelle Ishigo. Estelle lived at Heart Mountain along with her husband, Arthur. While there, she drew and painted many of her experiences, giving us a view into daily life at the camp.

Japanese American families were removed from their homes and permitted to bring only what they could carry. Despite this, there were some intangible things that could not be taken away from the Japanese Americans.

This simple chest of drawers tells so much about its maker and the conditions under which it was made. When individuals were taken from their homes, they were told they could bring only what they could carry, and this meant they could not take any large furnishings. Upon arriving at the barracks—their new, hastily-constructed homes—the families found that the spaces were small, uncomfortable, impersonal, and unfurnished.

Under these conditions, individuals began to settle in and rebuild the comforts of home inside the concentration camps using the materials available to them. This sense of perseverance and craftsmanship reflects the Japanese Americans’ dignity and desire to make the best life for themselves, their families, and their community even in these conditions of unjust imprisonment.