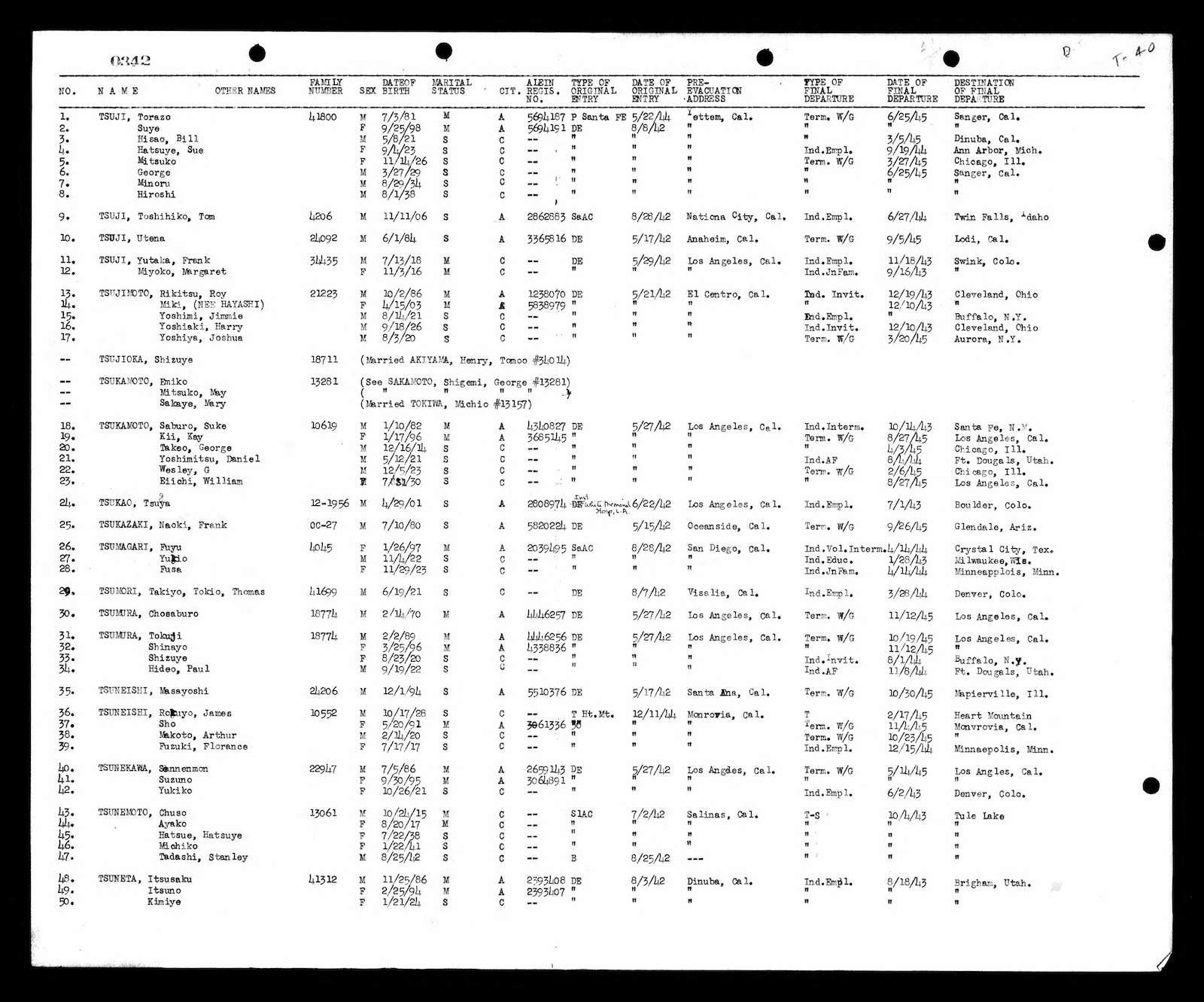 The United States government kept records for all the individuals who were incarcerated during World War II. This is the record for Fusa Tsumagari, who wrote the letter to Miss Breed.