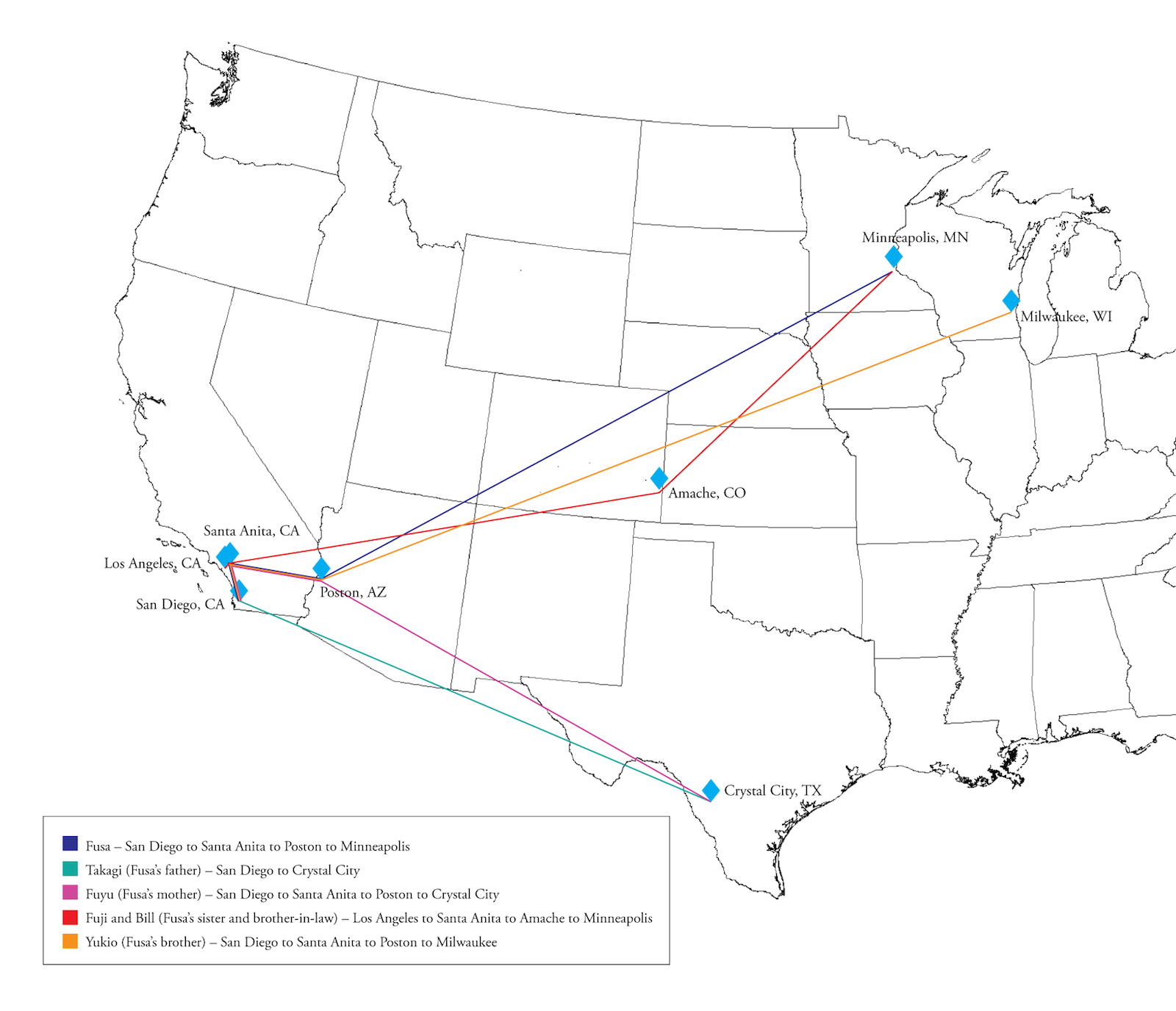 Japanese American families experienced a great deal of migration and displacement during this period. Many families such as Fusa’s were split up with individual family members going to different places for various reasons. This map shows some of the places that the Tsumagari family members lived before, during, and after World War II.