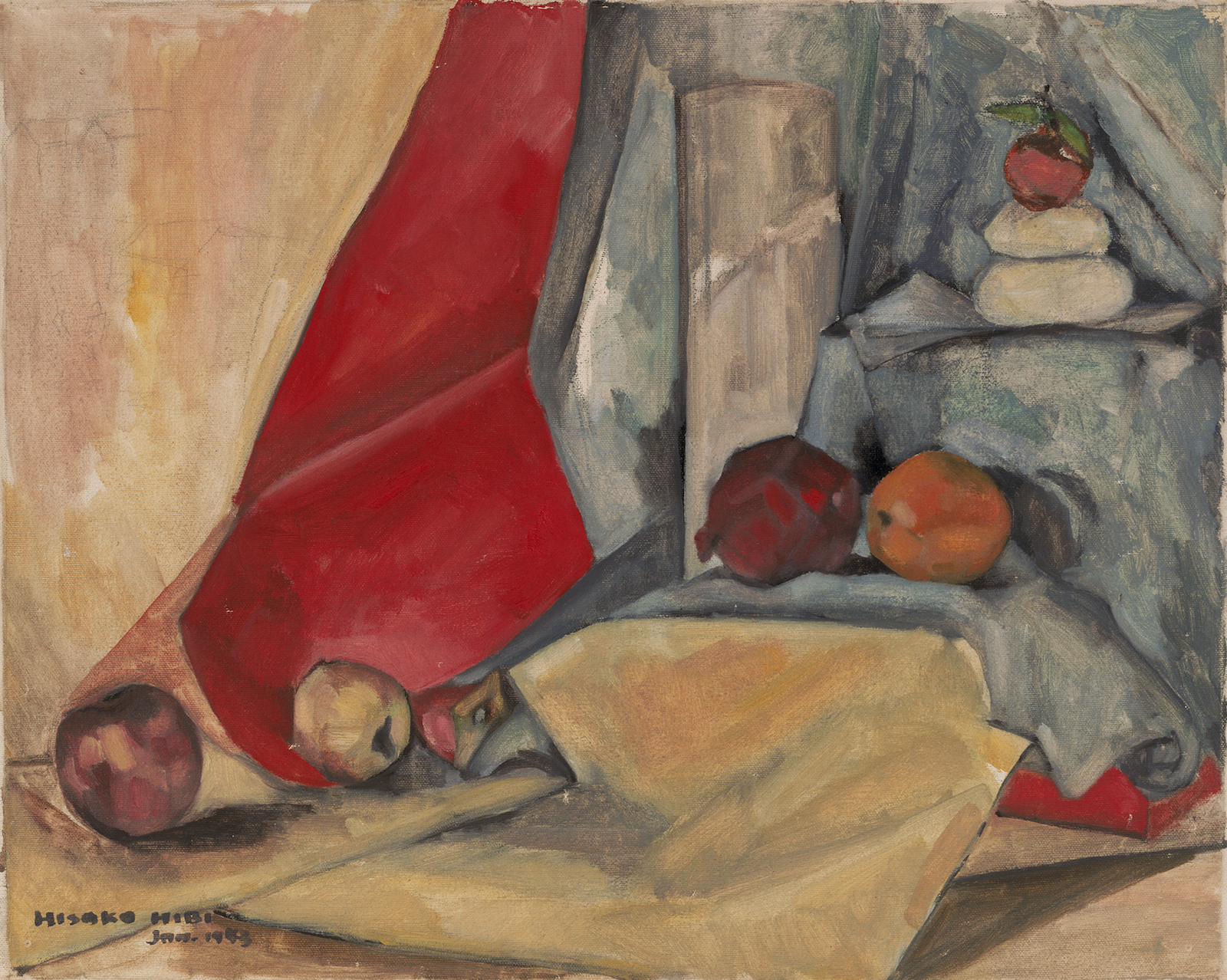 This object is part of the story New Year's A-Comin', which is about Community & Culture.

This painting was made by an artist named Hisako Hibi. During World War II, she was incarcerated in a concentration camp in Topaz, Utah, and it was there that she painted this image. The formation of two stacked mochi topped with a small citrus is called an okasane. It symbolizes hope for health and prosperity and is often displayed in homes during the New Year season.

On the back of this painting is an inscription that reads:

Hisako Hibi. Jan 1943 at Topaz. Japanese without mochi (pounded sweet rice) is no New Year! It was very sad oshogatsu (New Year). So, I painted okazari mochi in the internment camp.