In 1944, three years after the United States entered World War II, the federal government reclassified Japanese Americans as eligible for the military draft. This meant young men living in Japanese American concentration camps and previously considered unfit for service began to be drafted to serve in racially segregated US military units. Imagine the impact this had on those who were in the camps. 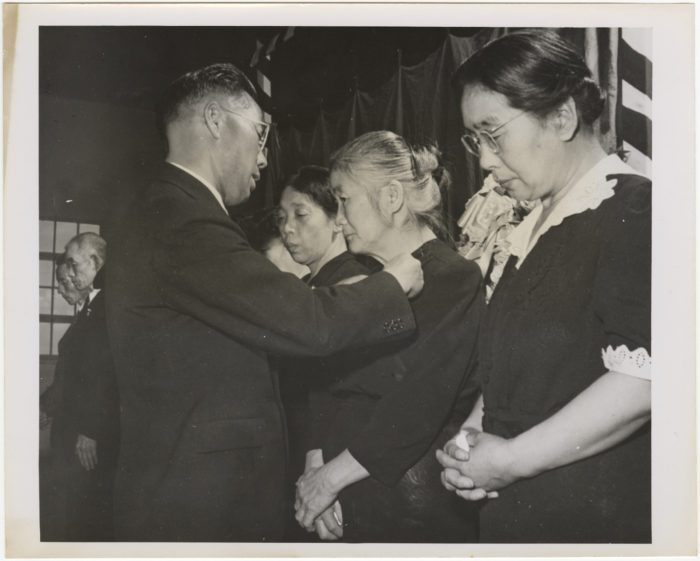 This is a ceremony that took place in all of America’s concentration camps. In this picture, mothers are receiving special gold star pins to signify that their sons were killed in action while fighting in World War II. 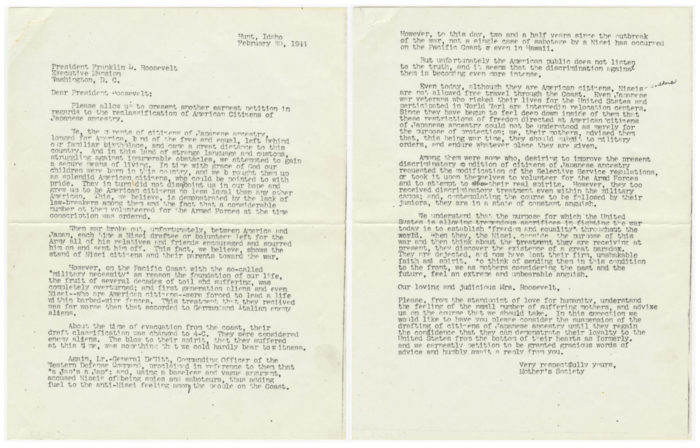 This letter was written by mothers incarcerated in Minidoka Concentration Camp in Hunt, Idaho, who were still learning English. For the first draft of the letter, they asked for help from a Japanese American lawyer but ultimately felt his draft was too weak and overly emotional. They then worked together to write this letter, which they sent to President Roosevelt. 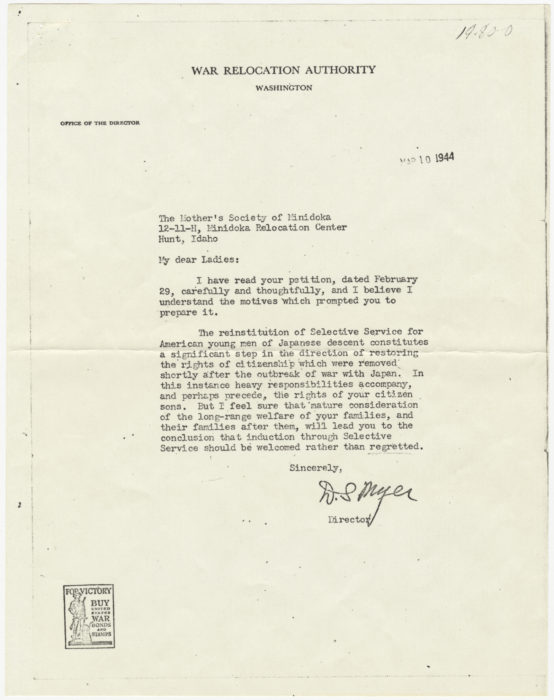 This is one of the official responses that the Mother’s Society of Minidoka received.

Sometimes, women are incorrectly thought of as passive and submissive. This letter clearly demonstrates otherwise.

These women worked together to write a thoughtful, strategic letter and send it to the most powerful person in the nation. This letter did not stop the military draft or prevent about 800 Japanese Americans from being killed during the war. However, it eloquently raised difficult questions and added women’s voices to the military draft protest.