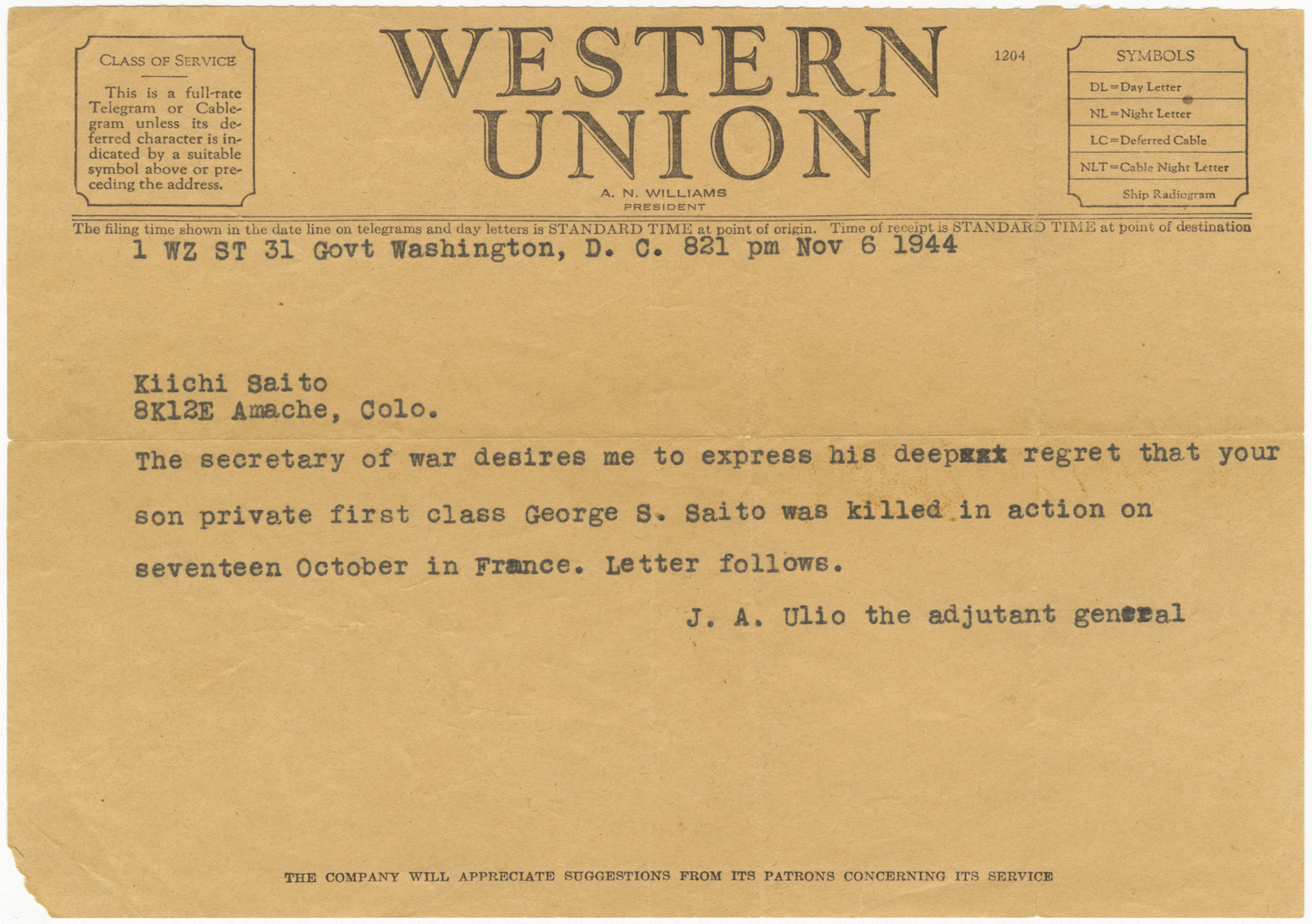 Loyalty, Telegram to a Father

In 1942, the United States government forced the Saito family to leave their home in Los Angeles, California, where George had a produce market. They were sent to Granada concentration camp, also known as Amache. (One brother, Kazuo, was sent to Heart Mountain because he lived in a different part of Los Angeles than the rest of his family.)

Amache is where the Saito family was living when 25-year-old George volunteered for the segregated 442nd Regimental Combat Team. George hoped that his service would free his family from unjust imprisonment. Together with his younger brothers Shozo and Calvin, George was sent to Europe, where he fought as a loyal American who strongly believed in his country. This sentiment of loyalty was shared by many young Japanese Americans who fought for their country despite its great violation of their civil rights.