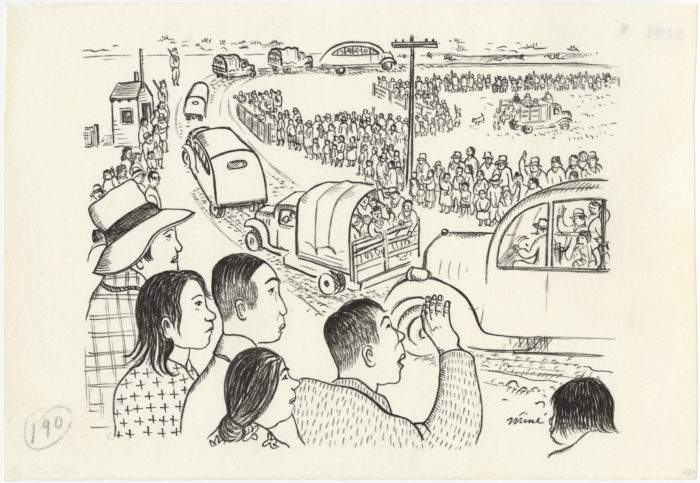 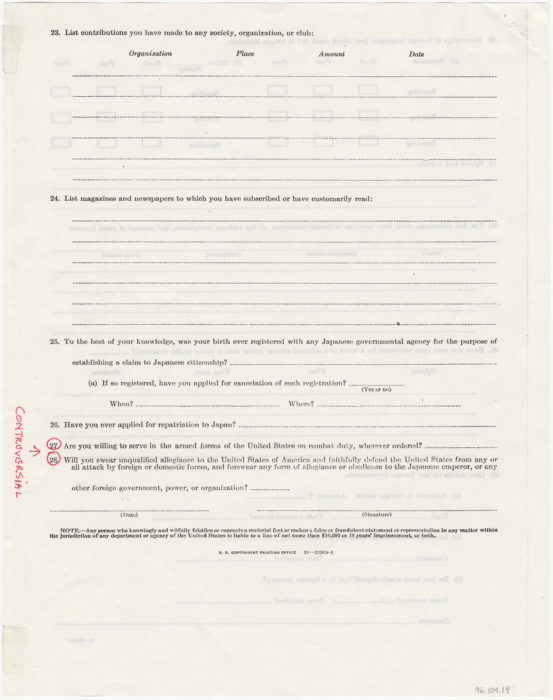 This is a page of the loyalty questionnaire administered to Japanese Americans while they were imprisoned in concentration camps. Take a look at questions 27 and 28.

Imagine if you were a young American citizen of Japanese descent incarcerated in a concentration camp and presented with these questions.

The War Department and the War Relocation Authority (WRA) scored the answers to the loyalty questionnaire by ranking them according to Americanness and Japaneseness. Especially problematic were questions 27 and 28. Question 27 asked if Nisei men were willing to serve on combat duty wherever ordered and asked everyone else if they would be willing to serve in other ways, such as joining the Women’s Army Auxiliary Corps. Question 27 was an insulting question to some who were angry about being incarcerated. Question 28 asked if individuals would swear unqualified allegiance to the United States and forswear any form of allegiance to the Emperor of Japan. The problem this question posed was that Issei were not allowed to become American citizens—if they forswore allegiance to the Japanese emperor, they would become stateless, without any connection to a government; and the Nisei, who were American citizens, never had any allegiance to the Emperor of Japan.

At most of the incarceration camps, Japanese Americans answered “yes” to both questions 27 and 28. However, many were uncomfortable making this agreement to serve in the military at the same time that the US government was suspending their constitutional rights. For this reason, there were some who answered “no” to both questions. Labeled as disloyal, they were sent to the Tule Lake Segregation Center. 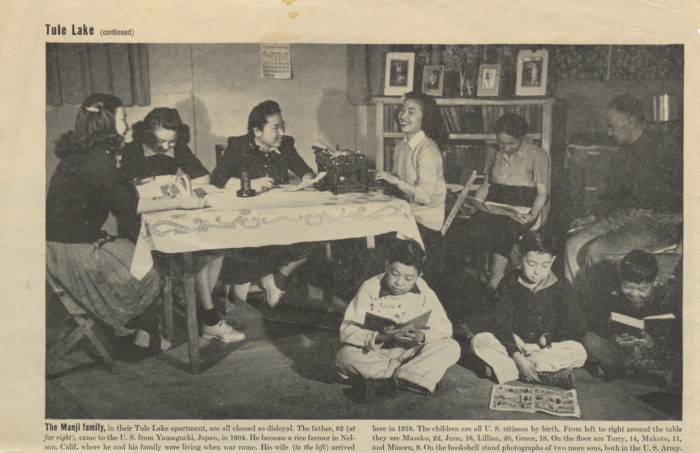 Without reading the caption, look closely and answer the following questions:

Now read the caption of the photograph.

This is an excerpt from a speech written by Joe Kurihara while he was an inmate at Manzanar concentration camp. Mr. Kurihara was born in Hawai‘i and served in the United States Army during World War I. During his incarceration, Mr. Kurihara was an outspoken dissident leader against the US government’s unjust imprisonment of Japanese Americans.

Due to his actions as an agitator, Mr. Kurihara was transferred from Manzanar to Tule Lake, the segregated center for Japanese Americans who were alleged to be disloyal.

Mr. Kurihara’s anger eventually led him to renounce his US citizenship and go to Japan, where he lived out the remainder of his life.

As evidenced by the artifacts here, the story of Tule Lake is not a simple one. In July of 1943, Tule Lake became a segregated camp where only Japanese Americans who were alleged to be disloyal based on their answers to the loyalty questionnaire were sent. Among those designated disloyal were United States citizens, including young children; families who had sons fighting overseas in the US military; World War I veterans; and others.

During this time, Japanese Americans were faced with impossible decisions.

Imagine you are a young person incarcerated in Tule Lake. You are a United States citizen because you were born here; however, your government has imprisoned you and labeled you as disloyal. You are of Japanese ancestry, but maybe you’ve never even been to Japan.