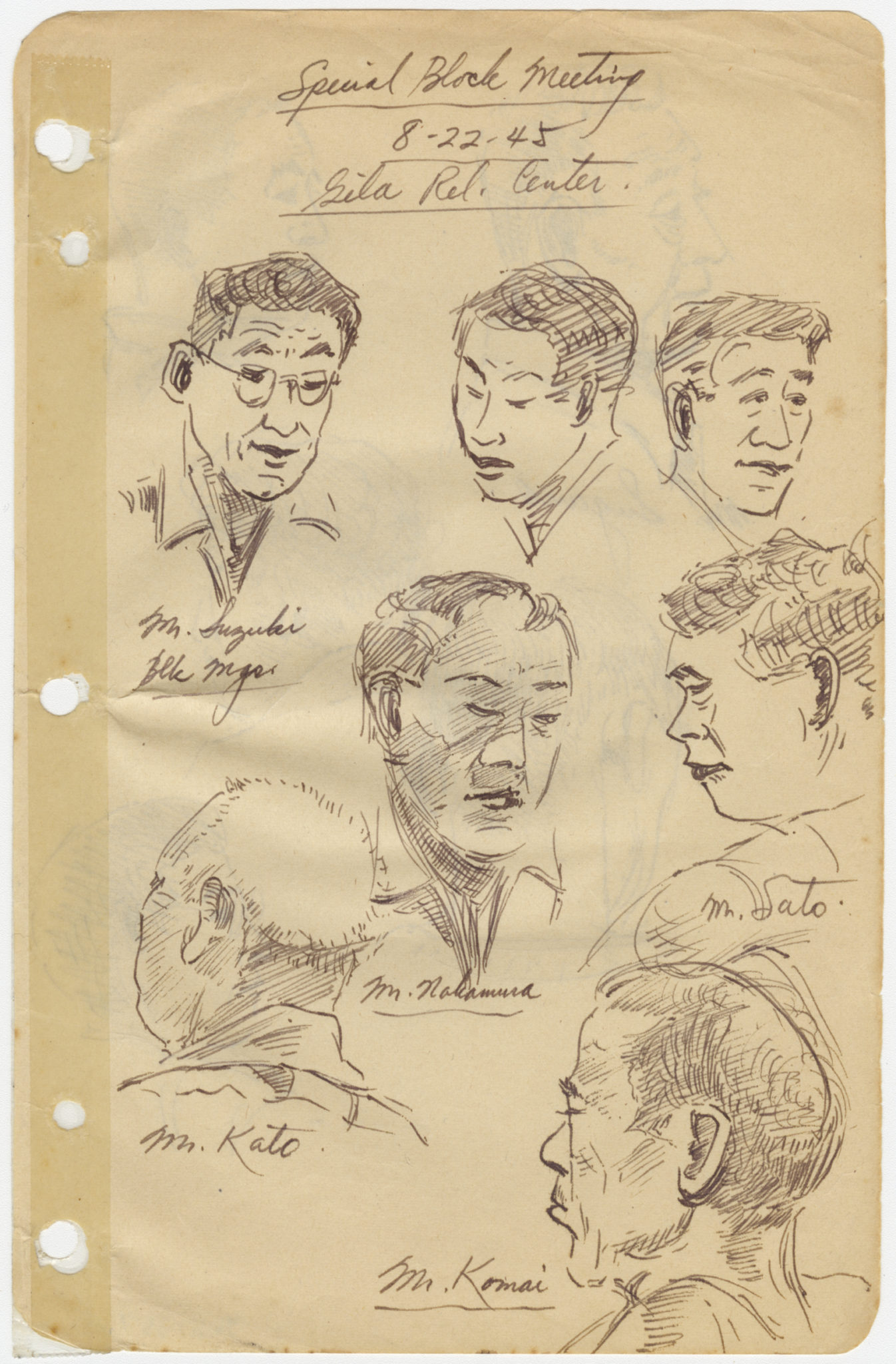 This object is part of the story Double Oppression, which is about Justice & Democracy.

The Japanese Americans at each camp were separated by blocks and divided in the barracks by family. By the fall of 1942, despite this undemocratic situation, they organized themselves by electing representatives for temporary community councils. However, the War Relocation Authority imposed a rule that only US citizens could serve on these councils. This favored the American-born Nisei, many of whom were in their teens or early twenties, and not the actual community leaders. To circumvent this issue, each block democratically elected one block manager; those elected were often Japanese-speaking Issei or bilingual Kibei. The block managers were tasked with distributing supplies, handing out mail, and communicating the inmates’ concerns to the management.