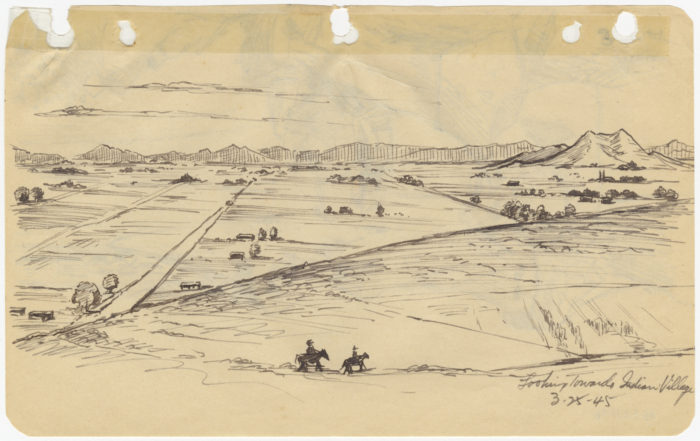 Look closely at this drawing. 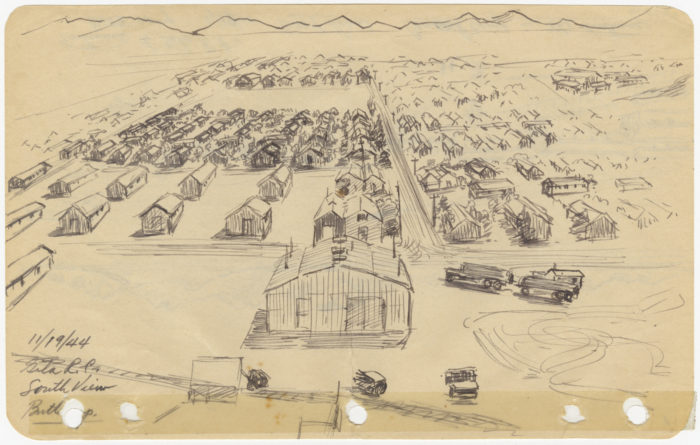 The Gila River War Relocation Center was one of the two Japanese American incarceration sites located on Native American reservations in the Sonora Desert in Arizona. The Bureau of Indian Affairs had jurisdiction over the Gila River and its 13,348 inmates. The land was leased by the Bureau of Indian Affairs from the Akimel O’otham (Pima) and Pee-Posh (Maricopa) Indians of the Gila River Indian Community. The summer temperatures were over 100 degrees and the barracks were poorly insulated; many inmates made swamp coolers to find relief from the heat. 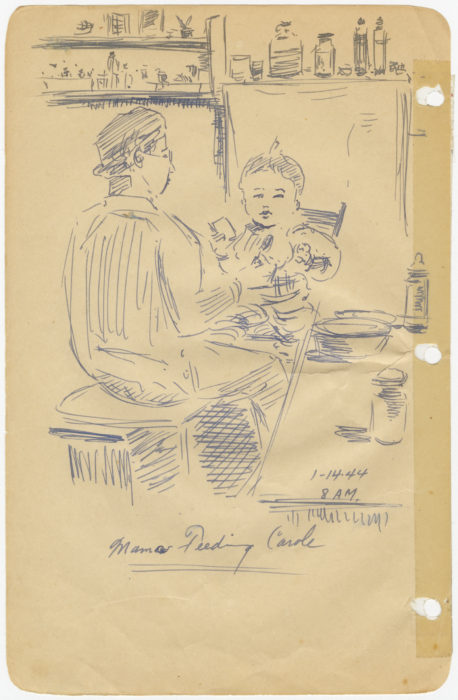 This is a drawing of the artist’s wife and young daughter.

This sketch captures a mother feeding a young child on a typical morning at the concentration camp in Gila River. Despite the circumstances of incarceration, parents tried to make life normal for their families. This included making do with the food served at the mess hall to feed to small children. 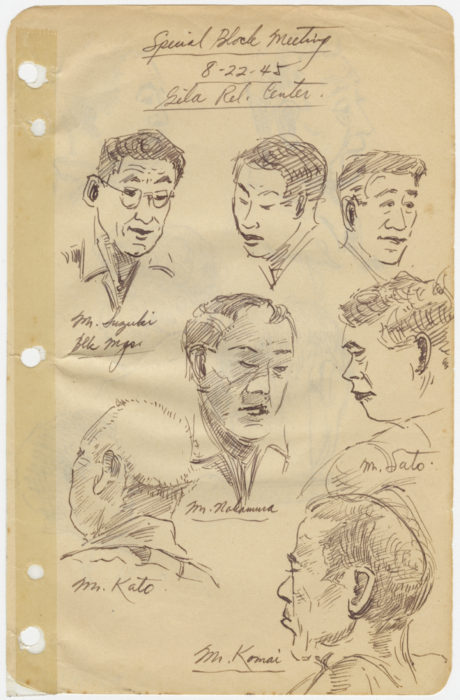 The Japanese Americans at each camp were separated by blocks and divided in the barracks by family. By the fall of 1942, despite this undemocratic situation, they organized themselves by electing representatives for temporary community councils. However, the War Relocation Authority imposed a rule that only US citizens could serve on these councils. This favored the American-born Nisei, many of whom were in their teens or early twenties, and not the actual community leaders. To circumvent this issue, each block democratically elected one block manager; those elected were often Japanese-speaking Issei or bilingual Kibei. The block managers were tasked with distributing supplies, handing out mail, and communicating the inmates’ concerns to the management.

Gila River, Arizona, is the home of the Akimel O’otham (Pima) and Pee-Posh (Maricopa) Indians of the Gila River Indian Community. With the formation of the Gila River War Relocation Center, both the Native Americans and Japanese Americans were oppressed at once. The government imposed its authority upon the Native American community, leasing reservation land in order to facilitate the incarceration of the Japanese American community as a wartime necessity. In this case, justice and democracy for these two ethnic groups were suspended due to governmental priorities that were not in accord with American democratic principles.