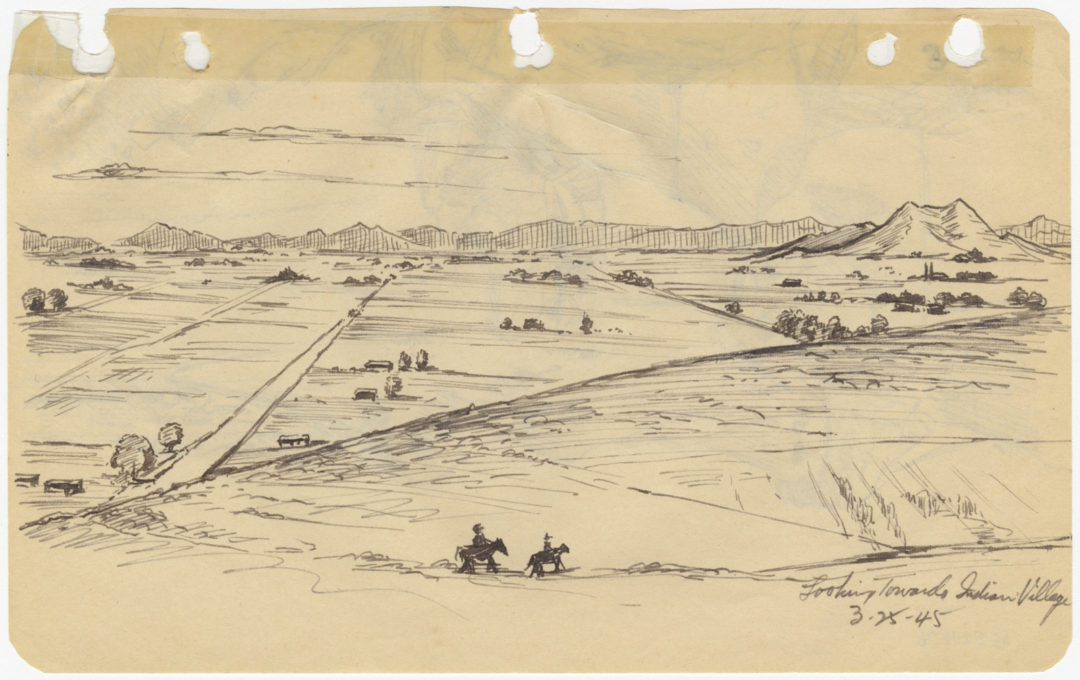 This object is part of the story Double Oppression, which is about Justice & Democracy.

Gila River, Arizona, is the home of the Akimel O’otham (Pima) and Pee-Posh (Maricopa) Indians of the Gila River Indian Community. With the formation of the Gila River War Relocation Center, both the Native Americans and Japanese Americans were oppressed at once. The government imposed its authority upon the Native American community, leasing reservation land in order to facilitate the incarceration of the Japanese American community as a wartime necessity. In this case, justice and democracy for these two ethnic groups were suspended due to governmental priorities that were not in accord with American democratic principles.