Home / Justice & Democracy / Sketches from Within 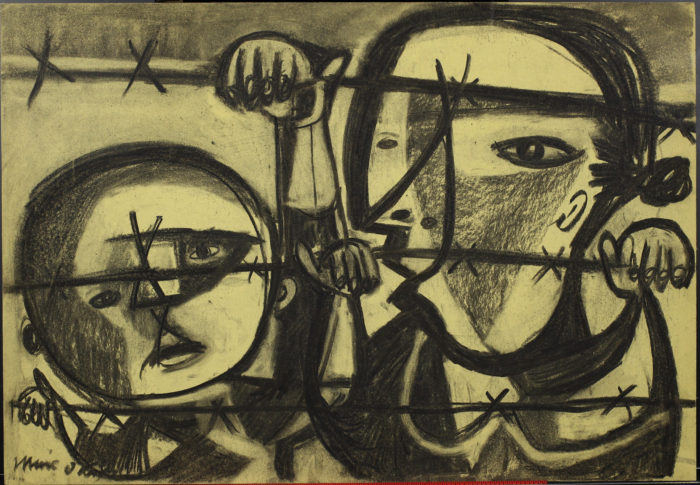 Miné Okubo is a Japanese American artist best known for her black and white ink drawings, though this sketch is done in charcoal. As you view more of her works on this website, consider how her artistic tools change the mood of her drawings and why she may have chosen to do this particular scene in charcoal rather than ink. 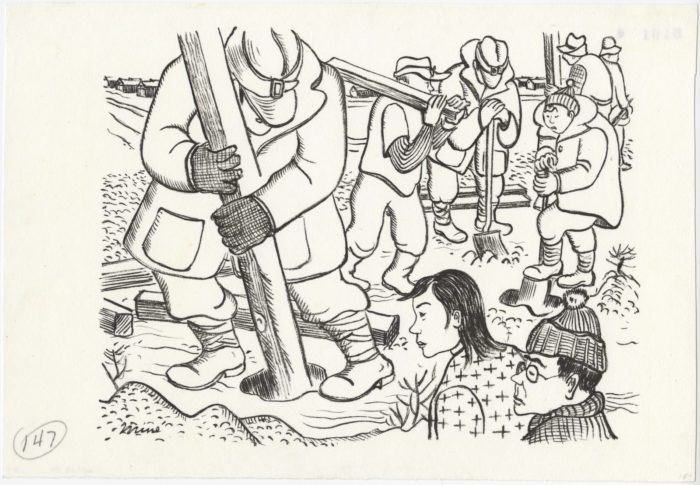 This is a drawing of the Topaz concentration camp by Miné Okubo. She documented her personal story as a Topaz inmate in great detail through her drawings and paintings. Many of her drawings were published in an autobiographical book titled Citizen 13660. In this book, Okubo provided descriptions to accompany each image. Here’s what she wrote about this image:

Fence posts and watch towers were now constructed around the camp by the evacuees to fence themselves in. 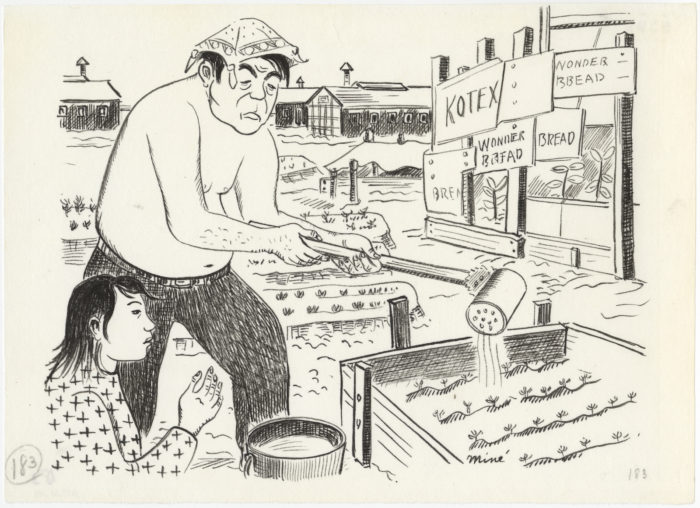 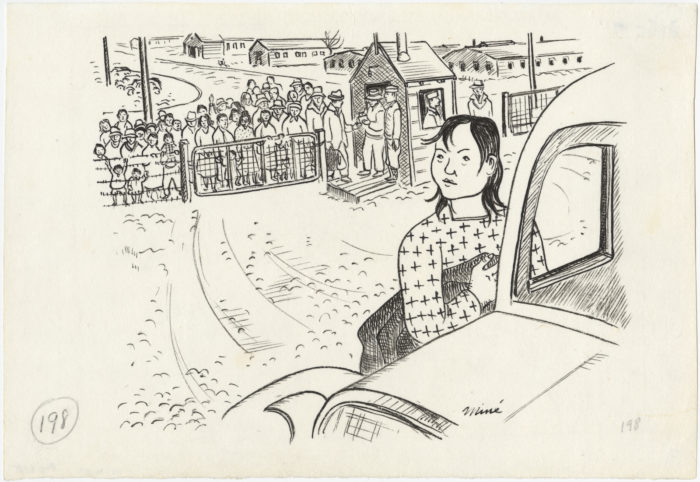 The last image in Okubo’s Citizen 13660 book is this one.

This is what Okubo wrote about this image:

I looked at the crowd at the gate. Only the very old or very young were left. Here I was, alone, with no family responsibilities, and yet fear had chained me to the camp. I thought, “My God! How do they expect those poor people to leave the one place they can call home?” I swallowed a lump in my throat as I waved good-by to them. I entered the bus. As soon as all the passengers had been accounted for, we were on our way. I relived momentarily the sorrows and the joys of my whole evacuation experience, until the barracks faded away into the distance. There was only the desert now. My thoughts shifted from the past to the future.

I was an American citizen, and because of the injustices and contradictions nothing made much sense, making things comical in spite of the misery.

I am often asked, why am I not bitter and could this happen again? I am a realist with a creative mind, interested in people, so my thoughts are constructive. I am not bitter. I hope that things can be learned from this tragic episode, for I believe it could happen again.