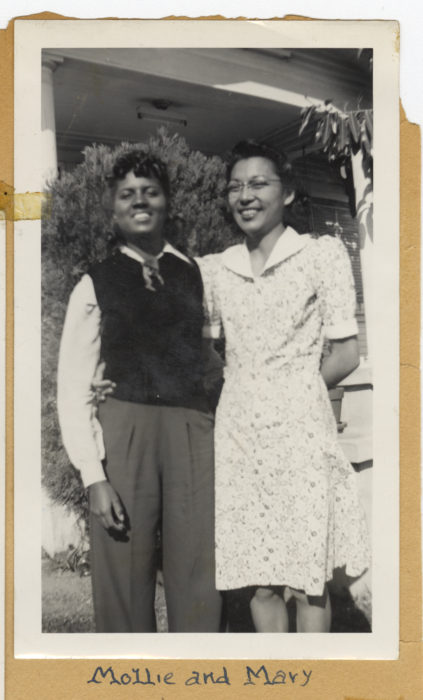 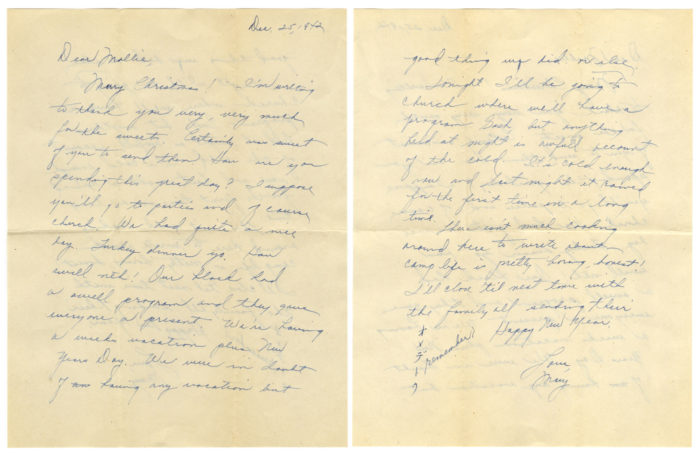 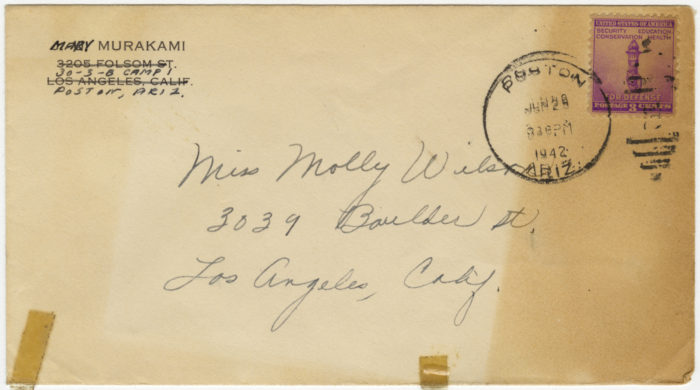 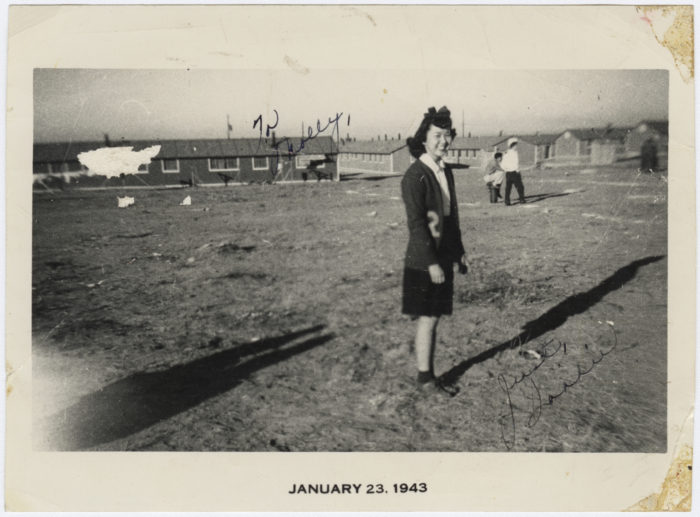 Childhood friends since elementary school, Mollie and Mary grew up together in an area of Los Angeles called Boyle Heights. They were high school students when Japanese Americans were forcibly removed from their homes and communities.

Mollie kept in touch with many of her Japanese American friends during the war by corresponding with them regularly through letters. She shared what was going on in the Boyle Heights neighborhood, and her friends would share details about their lives in the assembly centers and concentration camps. The letters would often include discussions about the weather and living conditions but also gossip about school, boys, movies, and other topics of interest to the teenaged friends.

Through the simple act of writing letters and sending gifts, Mollie displayed loyalty to her friends despite the miles between them.